In Hollywood
Nothing is Ever
what it Seems

A sassy, madcap
coming of age romp
with a genuine love for the 90's pop culture it good-naturedly knocks

If the three critically acclaimed HBO series, Curb Your Enthusiasm, True Blood, and In Treatment, could procreate, this novel would undoubtedly be the lovechild that they would produce. 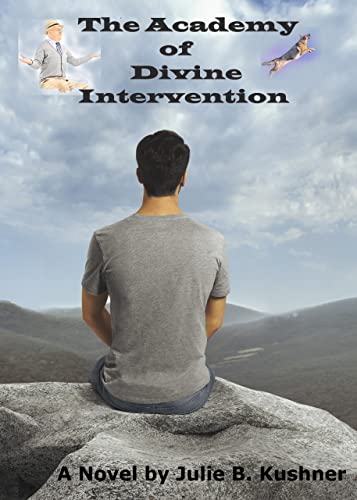 There's plenty to do here. For example, you can read the first chapters of my novels, or shop, or listen to FREE podcasts. You can even download those podcasts to your personal computer, if that floats your boat. I can certainly think of worse ways to kill time. So, enjoy!"

Please tell your friends about it.

How far would you go to get everything your heart desires? After all, what doesn't kill you might make you stronger. But what makes you stronger, also might kill you...

They call themselves the Karma Cops, having been employed by a private agency,
whose primary function is to dole out justice where the legal system and good old-fashioned fate have failed

About The Academy of Divine Intervention:

Brian Evanston has just entered the Academy of Divine Intervention. There, he will spend the next four years learning to be either a Guardian, a Cupid, a Reaper, a Fate or a Mischief. He has no family of which he is aware, no memory of his past life, and he is positively terrible at “people-ing.”.

Then, a mysterious stranger, who looks suspiciously like a much older version of Brian, hijacks the student's choice of Divinary Specialty. Now, Brian is officially the only Guardian in the world who genuinely dislikes most people! The stranger sends Brian on a mission to save a 13-year-old boy named Kevin, who may actually be Brian's grandson from another life. It's a highly dangerous mission, not to mention a forbidden one, by Academy standards. If Brian gets caught, the consequences will be severe. So, it's a good thing that the self-described loner doesn't plan to do this on his own . . .
What happens when an Introverted Guardian, a Fun-Loving Cupid, a Misanthropic Reaper, a Hyperactive Fate, and a Scheming Mischief combine their skills, and break every rule in the book, to save the life of a total stranger? The fabric of the entire universe, as we know it, might just change forever . . ..

The Academy of Divine Intervention is a magical, madcap, coming-of-age, fantasy adventure tale that ponders LIFE'S BIG QUESTIONS with humor, imagination, fun, and just a little bit of budding romance. It's a novel that will remind you to have hope and optimism about your future. After all, no matter who you are, someone upstairs is always looking out for you, whether you want them to do so, or not!

Preview the first few chapters for FREE here by signing into your Amazon Account.


Give up your freedom, and you can have everything your heart desires . . .